Open Mic with Ryen Watkins in the Taproom 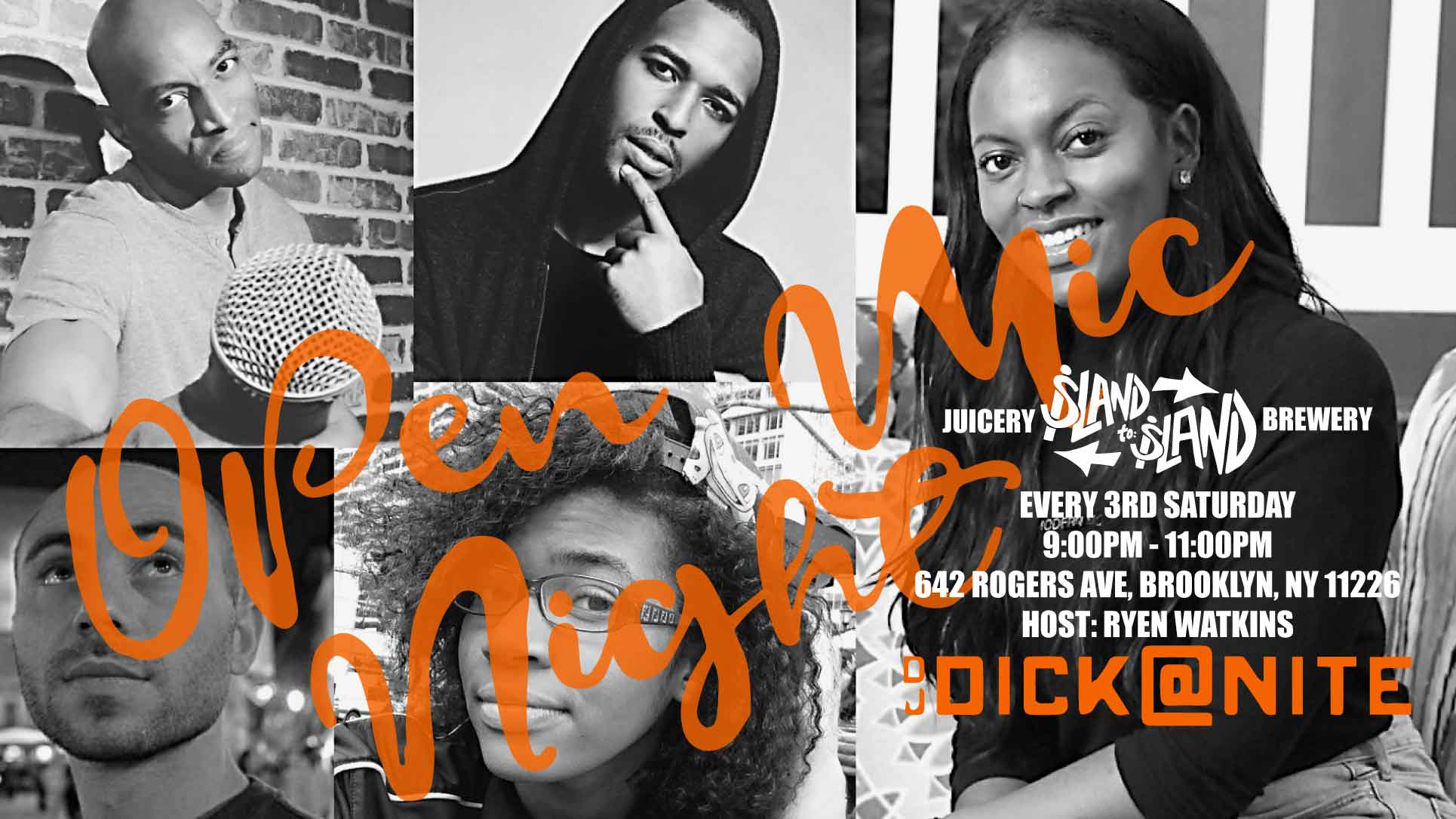 16 Sep Open Mic with Ryen Watkins in the Taproom

Ladies & Gentleman Island to Island Brewery is introducing Ryen Watkins as the host of the 2nd year of the “Open Mic at 642 Rogers Ave” Series!

Ryen Watkins is a freelance media personality and fitness/lifestyle blogger promoting healthy living, good vibes and the making of your own reality. Ryen joins the taproom starting this fall 2017 as the face, voice and personality of our “Open Mic at 642 Rogers Ave” Series dedicated to supporting local artists including our artistic beer crafting brewers.

The sessions are mixed with instrumental musicians, singers, poets & comedians from all genres.
One drink minimum includes a newly released house brew either a craft beer or jun kombucha!

“Open Mic at 642 Rogers Ave” will be taking place every 3rd Saturday of the month starting from September until June. Join us for a night of local, underground and up and coming entertainers making you laugh, think, cry and shout in excitement all while drinking great craft beers, ciders and kombucha!

Don’t be shy, come have a good night with us, network and promote your craft. If you are interested in attending and want to perform, Sign Up Here http://islandtoislandbrewery.com/taproom/open-mic-performer-details/